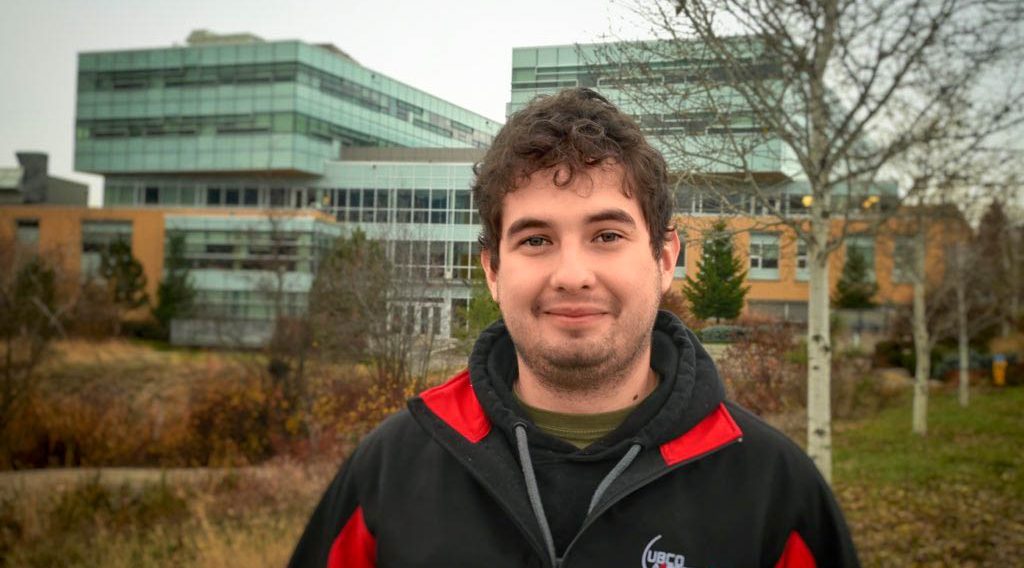 Where you start and where you end up doesn’t always align.  For Enrique Calderon, a fourth-year Electrical Engineering (with a Computer Science minor) student, his dream to become a pilot in the Royal Canadian Air Force has taken him to UBC’s Okanagan campus (which happens to be situated across highway 97 from the Kelowna international Airport).

Originally from Mexico, Calderon and his family immigrated to Canada initially to Quebec in 2006 before settling in Southern Alberta.

Calderon arrived at UBC Okanagan as a Computer Science major then transferring into Engineering after his first year.

“To be honest, UBC Okanagan wasn’t my first choice,” explains Calderon, “but what I have discovered over my years at UBCO is that it is the perfect launching pad for me.”

He has done research at Monash University in Australia as part of a research project led by Associate Professor Lukas Bichler, and attended Glasgow University where he completed his electives as part of the Coordinated International Experience (CIE).

His research at Monash was funded by a Queen Elizabeth II Jubilee Scholarship.

Although he still loves computer science, and hopes to eventually get a job in cyber security, Calderon decided to enter Engineering because it is a sought-after background for pilots.

“I was offered admission to the Royal Military College, but as a Communications Officer, and that didn’t fit my end goal.”

Instead after his first year in Computer Science, Calderon transferred into Engineering.

Calderon comes from a family of engineers. His mother is a Food Processing Engineer, and his dad is a Communications Engineer. 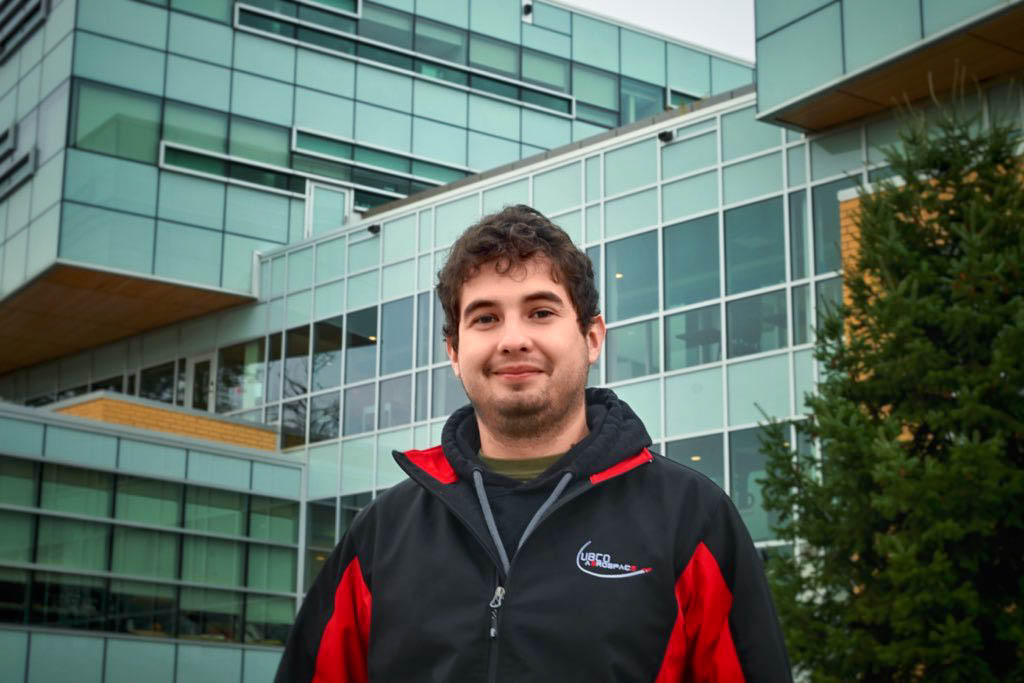 “It takes the right type of person to succeed in both disciplines, and I would say I have had my challenges, but overall the experience has been very rewarding.”

It doesn’t hurt when your studies match your personal interests either. Calderon keeps himself busy outside of school work building robots and competing in hackathons.

Embedded system courses like ENGR 359 Microcomputer Engineering, that includes low-level programming languages and Arduino program, have been some of Calderon’s favourite courses so far. Skills acquired from those courses have helped him succeed in hacking competitions including a second-place finish while competing with a team in Scotland.

With a year left in his degree, Calderon has landed a dream internship with Microsoft.

That internship didn’t come easy. In fact, it was a three-year process that saw him coding every night for up to three-hours along with going through databases and data structures while competing in hacking competitions.

It was clearly challenging and took a lot of perseverance, but finally after a number of failed attempts which saw him get to the final stages of the interview process at some of the world’s biggest software companies, he was successful.

“Engineering has taught me that even when things are hard, it is worth it at the end; definitely a lot of grind.”

“I like being on the computer a lot, but learning online makes finding balance difficult.”

Productivity and mental health has been a challenge through the pandemic for him, but recognizing these challenges has resulted in some important lessons.

According to Calderon, finding moments to take a break is key. “Be kind with yourself, take breaks, don’t stress over the little things, and remember to focus on the positive.” 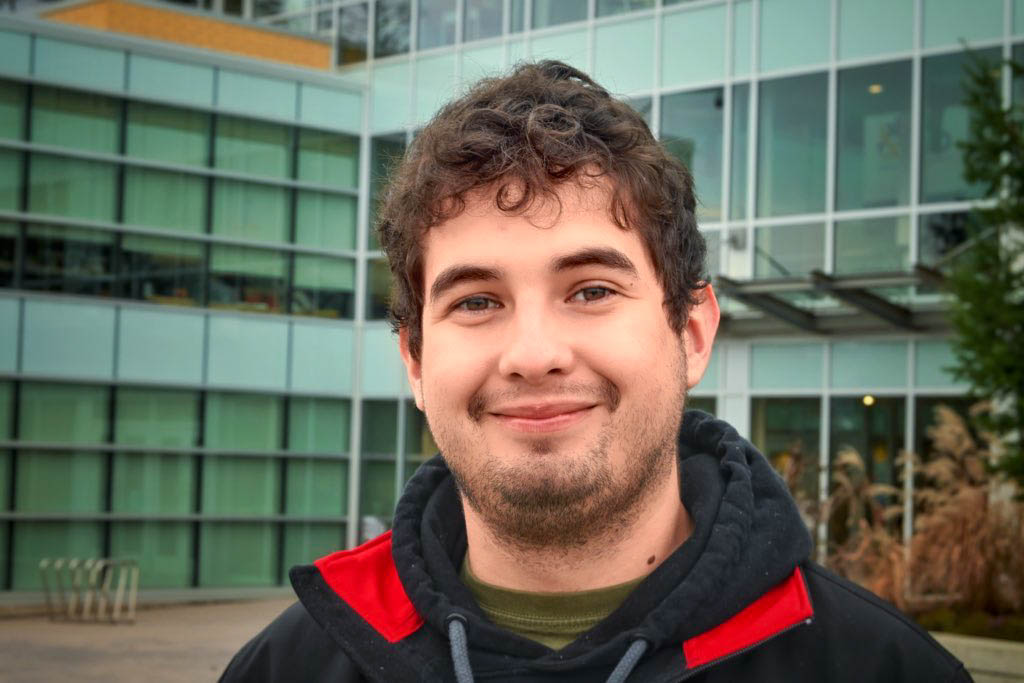 Every Friday night, Calderon schedules time to connect with his friends that he made in Glasgow (who are located all over the world) where they reminisce about Scotland while hacking together.

With one year left in his Engineering, Calderon is doing a five-year path, he knows there’s still a lot of work to be done. The internship at Microsoft is a stepping stone for Calderon, and an opportunity to learn and grow.

“I still want to become a pilot, but first I want to finish my undergrad and then do a Masters in Cyber Security.”