Micro-credentials are stand-alone, short-duration learning experiences that are competency-based, align with industry, employer and community and Indigenous community needs, and can be assessed and recognized for employment or learning purposes.

Through an investment from the Government of British Columbia, UBC Okanagan offers several engineering related micro-credentials. 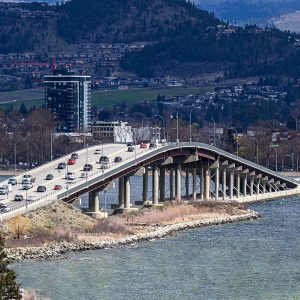 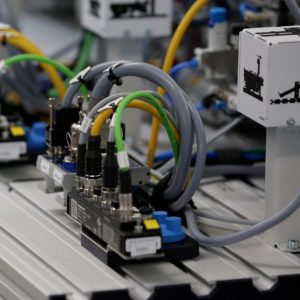 This course is an introduction to Programmable Logic Controller (PLC) technology. The training will include lectures in PLC theory and lab (hands-on) components. Hands-on activities include using the Siemens TIA Portal programming environment to create PLC and HMI programs. PLCSIM Advanced and CIROS will be used to simulate industrial automation processes using a digital twin.  Learners who successfully complete this program are eligible to write the NC3/Festo Fundamentals of PLCs – Siemens Certification exam.

The University of British Columbia is a global centre for research and teaching, consistently ranked among the 40 best universities in the world. At the School of Engineering on UBC’s Okanagan campus, you gain all the benefits of attending a globally respected university while studying in a close-knit learning community.

The Okanagan: What to Expect

UBC’s Okanagan campus borders the dynamic city of Kelowna, a hub of economic development with a population of about 150,000 people—the fourth fastest growing population in Canada. In fact, the Okanagan Valley is rated one of the best communities in Canada to grow your business.

More than 160 buses travel daily from campus to key locations such as Kelowna’s cultural district and thriving downtown waterfront. The campus is two minutes from the Kelowna International Airport, one of the top 10 busiest airports in Canada.

UBC Okanagan is situated within the First Nations territory of the Okanagan Nation, whose spirit of stewardship for the land is reflected in the university’s respect for sustainability.

Check out this 360-degree video: Kelowna From Above.*

Full-time UBC Okanagan students can live in residence, which offers modern living with easy access to academic and personal support. Residences are surrounded by hiking and biking trails, plus panoramic views of the campus and valley.

* UBC does not verify or endorse information shared on this third-party website, which is offered here as a public resource only.

Clubs: Make friends with similar interests, stay informed, and organize or participate in academic and recreational events in the Engineering Graduate Students Society.

Events: Various orientations help graduate students to explore, discover and learn about the School of Engineering, UBC Okanagan, and living in the Okanagan Valley.

Stay active: Take advantage of the many opportunities to get involved and play—from workout space in the new Hangar Fitness and Wellness Centre and our 1,561 square-metre gymnasium, to athletic courts, intramurals, fitness classes and nationally ranked varsity athletics. Have a ball in Sports and Recreation.

Relax: The Graduate Collegium is a gathering place where grad students can hang out, eat lunch, spend time with their fellow students, and attend or host special events. The lounge-style room is open seven days and week and is outfitted with comfortable furniture, kitchen facilities, and individual and group-work spaces.

College of Graduate Studies: Your hub for administrative support and such things as graduate workshops for professional development and for assisting you from the admissions process through to your graduation.

Centre for Teaching and Learning: Provides support related to teaching, TA training, and use of technology in educational programming.

With a master’s or doctoral degree from UBC’s School of Engineering, graduates are well-positioned to meet the requirements for membership in the Association of Professional Engineers and Geoscientists of British Columbia (APEGBC).

The licensing and regulatory body responsible for BC’s professional engineers and geoscientists, APEGBC is charged with protecting public safety in BC by setting and maintaining high standards of professional practice and ethical conduct for its members and licensees.

Map out your future and prepare to hit the ground running with resources and services provided by the Advising & Involvement Centre.

Tell your story with resumé and cover-letter strategies, and search Work Study jobs for experience relevant to your degree and career goals. You can also book an appointment to meet one-on-one with our career advisor.

alumni UBC is a member-driven association that offers a variety of lifetime programming and communications to enrich the lives of UBC graduates.

The ‘Your Next Step’ program offers webinars, speaker series and professional development sessions. It is designed to provide advice, tips and resources in areas of career development to graduates for life after university.

Realize the promise of a global community with shared ambition for a better world and an exceptional UBC.