For Montana, his UBC Okanagan story started at the very beginning; as Okanagan University College was transitioning into becoming UBC Okanagan. He attended a meet and greet with faculty who were starting the School of Engineering, and was drawn to the idea of playing a role in establishing the School.

“I thought it would be neat to be in close proximity to my parents and family, and be able to attend what is a world-class school of engineering. Seemed like an exciting way to get the education I wanted, while also being able to make a difference for the new School.”

Montana’s journey at UBC didn’t start in the most auspicious way. He broke his nose during an ultimate Frisbee game on the first day of orientation. Not knowing anyone on campus yet, Montana had to drive himself to the hospital. Despite some “epic bruises” under his eyes, he attended classes the following day on the third floor of the campus’ newest building (the Arts & Science Building).

“There was no wifi out there yet, so we couldn’t connect online with our laptops, but the instructors were there, and were excited to welcome us into the program.”

Much like today, the School of Engineering promoted its common first and second year early to students. This approach still differentiates the Okanagan engineering program to its counterpart in Vancouver. For Montana, those foundational courses offered in first and second year provided him with a strong basis to make an informed choice when it came to choosing his specialization.

“By the end of my second year, I had taken a good mix of civil, mechanical, and electrical courses, and knew that electrical was the right fit for me.”

Montana concedes that he was pretty sure when he started at UBC Okanagan that electrical was his calling. He had grown up with a fascination for computers, and loved pulling things apart to better understand how they work.

“I really like computers because they do exactly what you tell them to do,” Montana explains. Typically, there is no randomness, he says, and what inspires him is de-bugging and writing code.

The class sizes were quite small for the School’s first cohort, especially compared to class sizes today, with about 70 students. Montana still remembers that one of the first things the instructors told them was to look around the room. “They said look to your left and look to your right, one of those people will be gone in the next couple of years.” Montana saw that as a challenge. He wanted to be one of the people to stick around, and graduate from the Okanagan campus.

Once he was able to focus on electrical courses, Montana says the course content became even more fun. While he wasn’t all that interested in calculating the static friction coefficient of something laying on a plane of concrete, he was intrigued by the digital courses and computer programming embedded system courses.

“I always preferred blowing up my inductors and things like that on a circuit board.”

In his first year at UBC Okanagan, Montana had a stroke of luck. The School of Engineering invited local industry to the APSC 170 Design Showcase. One of the groups that came to judge the students’ projects was from ESS Technology. 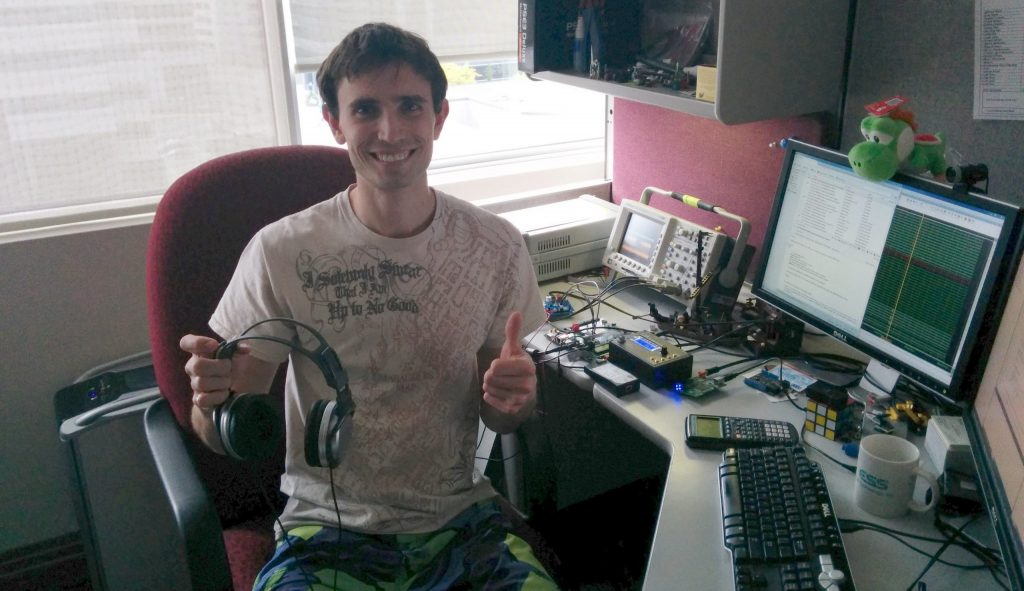 The students had designed ball release mechanisms, and Montana had 3D modelled his group’s machine based on some physics calculations. The modelling impressed the ESS Technology representatives, and before the end of the year, they had hired Montana for a summer job. Montana ended up working for ESS Technology for the summers between semesters.

During some of his co-op terms, he elected to enroll in BSc courses like Astronomy, Introduction to Number Theory, Computer Science, and others.

“For me, it was a really easy transition (from UBC to the workforce), I just showed up after graduation and all my stuff was there.”

Despite having some students from 2006 who graduated alongside the first cohort, the first graduating class in Electrical Engineering at the School of Engineering was only about nine students. 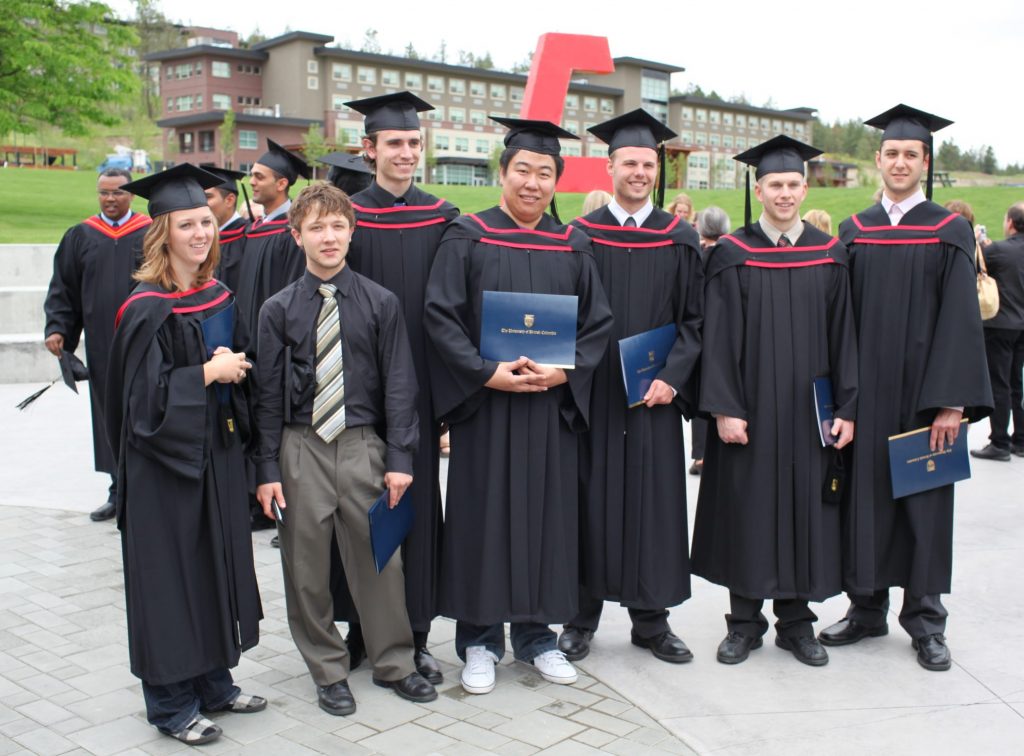 Montana realizes his employment path may have been different to some of his graduating classmates. “I imagine that transition might have been more difficult for other graduates, especially if they had been hopping around different companies within the co-op program.”

For over 11-years, Montana worked for ESS Technology. The company is an electrical and semi-conductor company based in Kelowna. At ESS, Montana oversaw the design of the digital core of many ESS products, including their reknown digital to analog converters.

While at ESS Technology, Montana was offered several roles abroad including in the Silicon Valley, but he always chose to stay in Canada.

“There is definitely a draw to other places in the World for engineers, but to me, it is very important to support our technology industry within our amazing country.”

By the middle of 2017, at the age of 30, he gave six-month notice and decided to “retire” and pursue some of his other passions.

Since then, Montana has helped with the growth of his partner’s local videogame company, taught electrical engineering at Okanagan College, and re-wired his house to run off the grid through solar power.

“I am able to focus my attention on things that interest me like developing open-source code or teaching, and I think this is more impactful because I can spread my love for electrical engineering.”