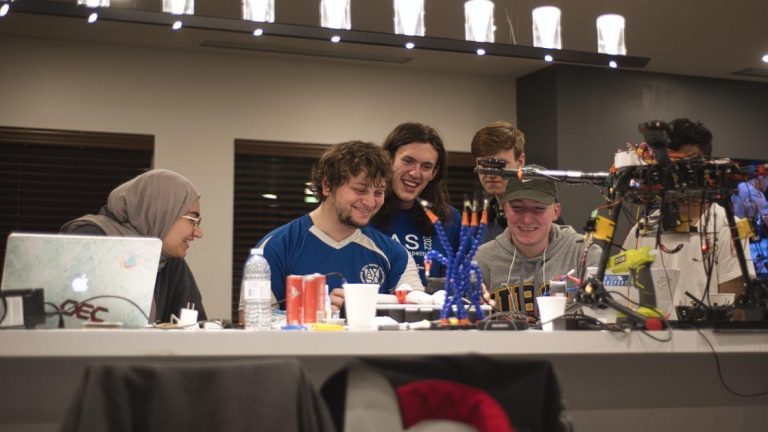 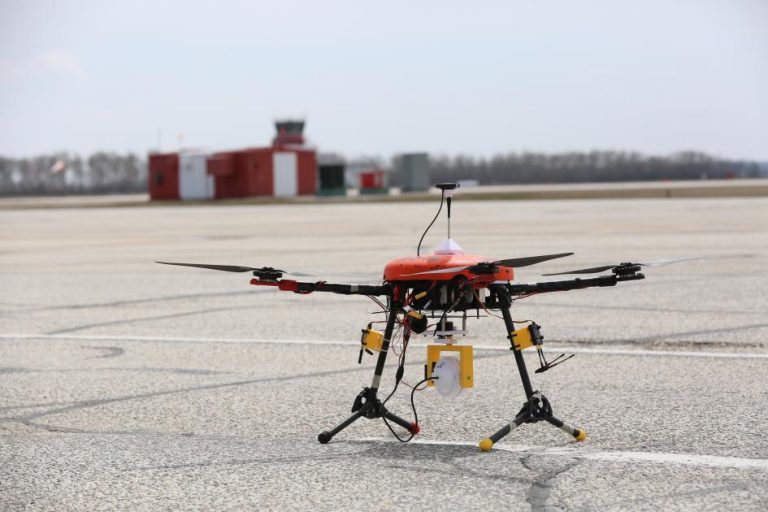 The eight competing teams were tasked with providing security for a large diplomatic installation in Canada, by responding to intrusion by persons at the perimeter of the grounds, as well as detect and respond to the delivery of a suspicious package and retrieve it for safe disposal. Teams were given two 45min. flight windows to complete the above tasks. 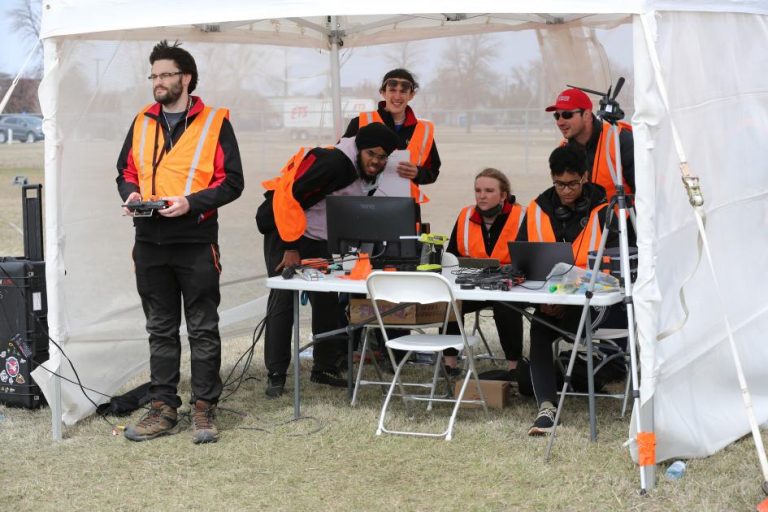 This year’s scenario was provided to teams back in September and over the school year they prepared their entries. “Throughout the second semester, we held weekly flight tests that allowed our team to become experts on our system. This allowed our pilots and operators the time needed to gain the necessary confidence to fly our systems at competition and compete against these more experienced schools,” explains UBCO Aerospace Club President Ian Johnston.

The competition judges were particularly impressed with the UBC Okanagan team’s pneumatic robotic claw system. “In only their second year in the competition, UBCO showed airline-quality call-and-response preparation and innovative engineering to place second,” explained lead judge Mark Espenant. The claw system, mounted to a drone, was designed to remove potentially unsafe devices. 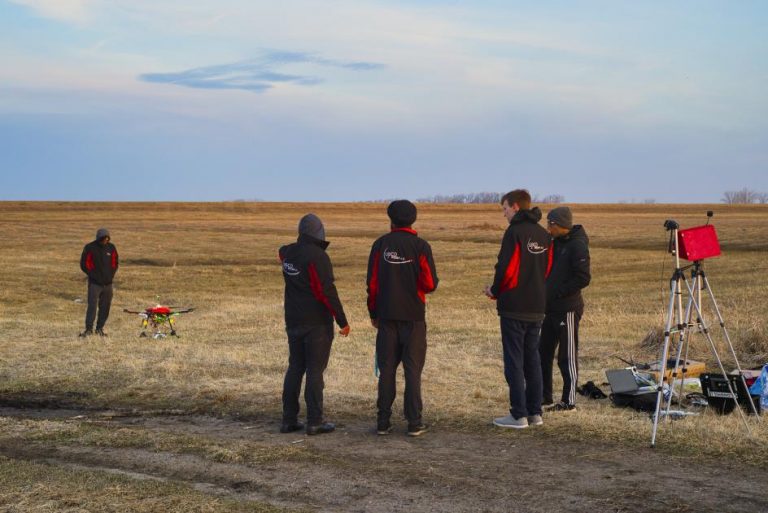 According to Johnston, the team is looking forward to next year’s competition. “Preparations have started for next year to further develop our system, bring on new team members and bring home another podium finish.”

The competition is scheduled for next year at the Centre d’Excellence sur les Drones (CED) in Alma, Quebec. 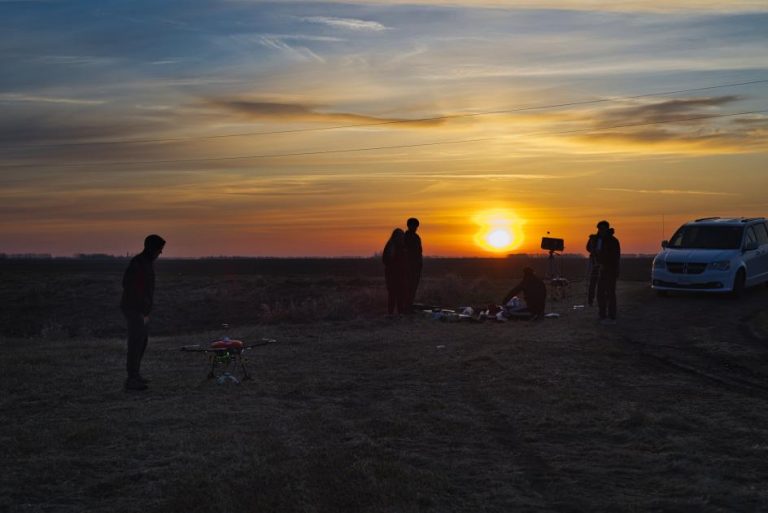