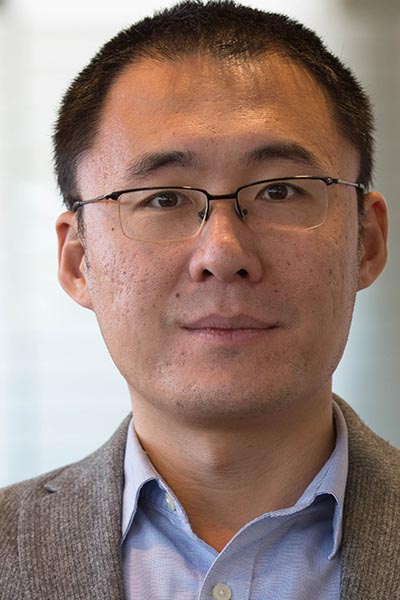 Material Science for Engineers - APSC 259; Mechanics of Materials I - APSC 260

Jian Liu completed a B.Eng. degree in Metallic Materials Engineering at Sichuan University in 2006, an M.Eng. in Materials Science and Engineering at University of Science and Technology Beijing in 2009, and a Ph.D. in Materials Science at the University of Western Ontario in 2013 with Prof. Xueliang (Andy) Sun. Prior to joining UBC in Jan 2017, he was a postdoctoral fellow in Energy and Environment Directorate at Pacific Northwest National Laboratory (PNNL, 2015-2016), and Advanced Light Source at Lawrence Berkeley National Laboratory (2014-2015). Dr. Liu is the recipient of the prestigious NSERC Postdoctoral Fellowship Award (2014-2016), a PNNL Alternated-Sponsored Fellowship (2015-2016), the Mitacs Elevate Postdoctoral Fellowship Award (2013-2014), and the Chinese Government Award for Outstanding Self-Financed Students Abroad (2013).

1. Atomic/Molecular Layer Deposition (ALD/MLD)
This research theme emphasizes on the surface chemistry and process development for inorganic, organic, and hybrid inorganic/organic thin films and particles by using advanced atomic layer deposition (ALD) and molecular layer deposition (MLD), and on the exploration of these functional nanomaterials in various emerging fields, such as energy storage and conversion (batteries, fuel cells, solar cells), gas sensors, optical etc.  ALD and MLD are very powerful techniques for controlling materials deposition with subatomic precision. During an ALD or MLD process, gas-phase precursors are sequentially exposed to the substrate, and surface reactions occurring at the substrates are self-limiting and saturated. This reaction mechanism renders ALD or MLD deposited thin films several advantages, such as precisely controlled thickness, excellent uniformity and conformity, and tunable composition, which hold great promises for many unexplored applications.

2. Surface/Interface in Energy Systems
This research theme focuses on the control and modification of surface and interface at nanoscale in energy storage and conversion systems, and on the fundamental understanding of interfacial properties and phenomena using advanced in-situ and ex-situ characterization techniques, including synchrotron radiation, XRD, HRTEM. For example, Li-ion batteries are the dominant energy storage technology that power today’s electric vehicles. One common problem in Li-ion batteries is unfavorable side reactions at the electrode/electrolyte interface, which results in rapid performance degradation in Li-ion batteries and hinder their future applications for transportation. This research is to use nanoscale surface coatings on electrode materials in order to prevent these side reactions between electrode and electrolyte, thereby improving the overall performance of Li-ion batteries, especially at extreme working conditions such as high temperatures.

3. Electrode and Electrolyte Materials for Beyond Li-ion Batteries
This research theme focuses on the discovery, synthesis,  characterization, and applications of new electrode and solid-state electrolyte materials in beyond Li-ion batteries, such as Li-S, Na-ion batteries, as promising alternatives to present Li-ion chemistry for electric vehicles.

The growing global market for Li-ion batteries has raised concerns about the feasibility of lithium, due to its low abundance in the Earth’s crust (0.006 wt%). The increasing demand for lithium-containing electrode materials will drive up the price of lithium precursors (such as Li2CO3), ultimately making lithium-ion technology expensive. In this regard, Na-ion batteries are promising cheaper alternative, because of the high abundance of sodium (2.4wt% on Earth), the wide availability and low cost of sodium precursors. However, the relatively large ionic radius of the Na ion (1.06Å vs. 0.76Å of Li ion) could cause larger structural distortions and higher diffusion barriers in the host materials during charge/discharge cycling. The theme of this research is this problem could be addressed by preparing nanosize electrode materials and reducing the diffusion length of Na ions.

Three-dimensional (3D) all-solid-state microbatteries have been seen as promising on-board energy storage systems for microelectronics, wearable and flexible devices, and medical implants, due to their high energy and power densities. However, fabrication of 3D microbatteries has been shown to be extremely challenging for conventional deposition techniques. In this context, ALD is being considered as the most promising technique for 3D microbatteries due to its exclusive advantages of depositing pinhole-free and uniform battery material thin films onto 3D substrates. This research theme is to apply the powerful ALD technique to develop key component materials, such as electrode and solid-state electrolytes, and eventually fabricate real 3D all-solid-state microbatteries.

Figure 4. Hierarchical CNTs@FePO4 Architecture as a 3D Electrode for Lithium-Ion and Sodium-Ion Batteries

Apologies, but no results were found.